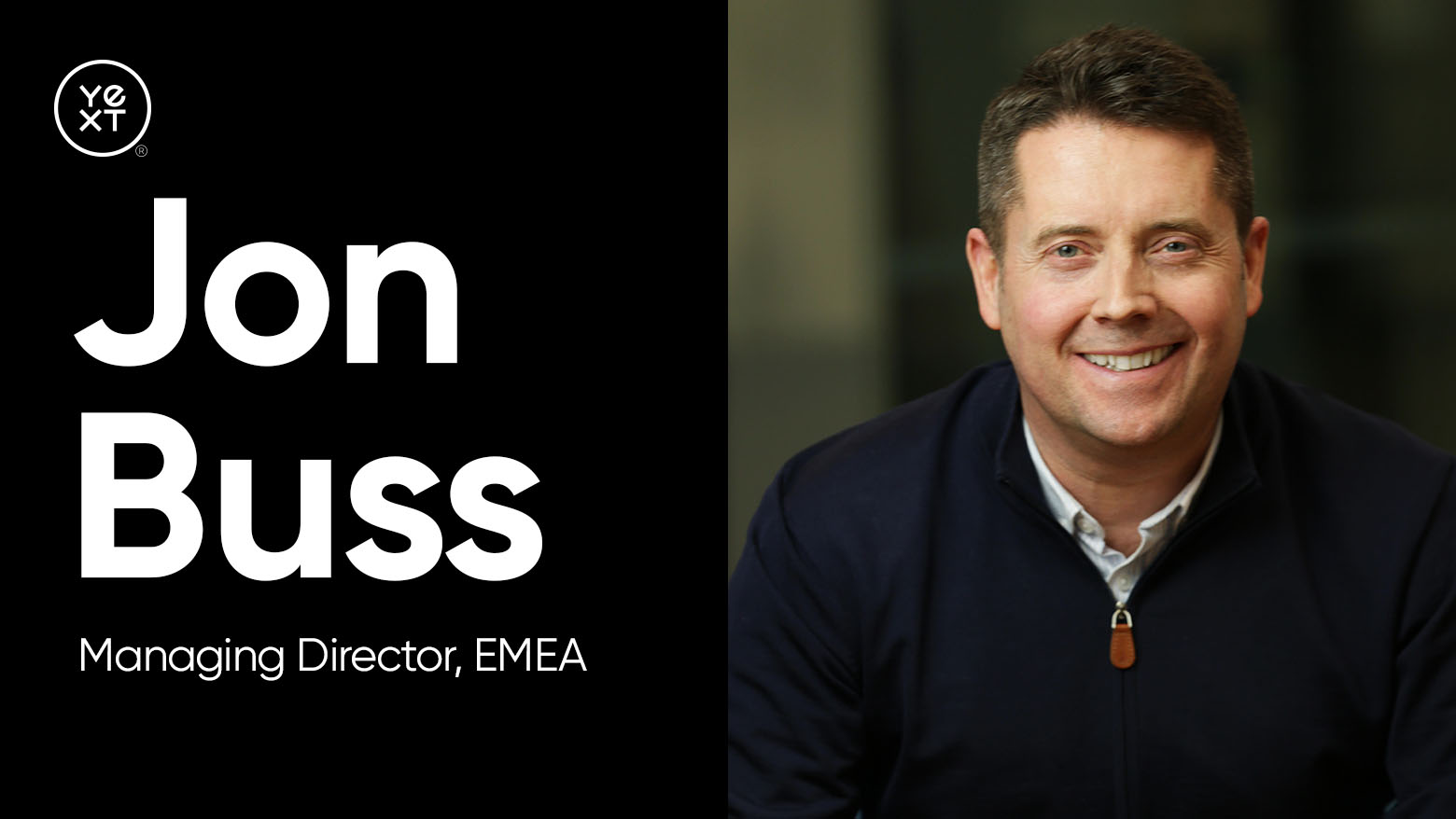 Buss has over 25 years of experience, having served as MD for the UK and Northern Europe at Criteo, MD of Digital for Experian Marketing Services, and in sales leadership roles at Regus, Dun & Bradstreet, and Biomni. He takes over from Wendi Sturgis, who moves into an advisory role after nearly 10 years at Yext, where she most recently served as CEO of Yext Europe. Under her leadership, the company continued to expand in the region, with significant customer and revenue growth over the past twelve months.

“I’m so delighted for Jon and his promotion to lead EMEA,” said Howard Lerman, Founder and CEO of Yext. “Over the past four years, he has established our presence in Northern Europe and shown himself to be a key member of our global leadership team. I look forward to him helping us further capitalize on the unprecedented growth opportunity in the region.”

Jon assumes his new role during a transformative year for the company. In April, Yext Answers was made available on a 90-day free trial basis. Just a few months later, the product expanded into four new languages, making it possible for businesses and organizations to include an Official Answers Engine on their websites not only in English, but also in French, German, Italian, and Spanish.

Yext also became the first search technology partner to join the Adobe Exchange program at the premier level, the top tier of Adobe’s technology partner program. Under the partnership, Adobe clients can now choose to upgrade their site search experience with Answers.

“There has never been a greater need for businesses and organizations around the world to deliver accurate and timely answers to their customers’ questions,” said Patrick Blair, Yext Chief Revenue Officer, CBU & International. “Jon’s background and proven track record make him uniquely positioned to take our EMEA business to the next level”.

“I couldn’t be more excited about the opportunity for Yext in EMEA,” said Jon Buss. “Off the back of many quarters of growth, and with Yext Answers, our revolutionary site search product, now available in five languages, we can help even more EMEA businesses deliver official answers every time people search.”

The company recently boosted its EMEA leadership team, bringing in Adobe veteran John Watton as Yext’s VP of Marketing for EMEA, as well as Salesforce veteran Tobias Dahm as its SVP of Central Europe.