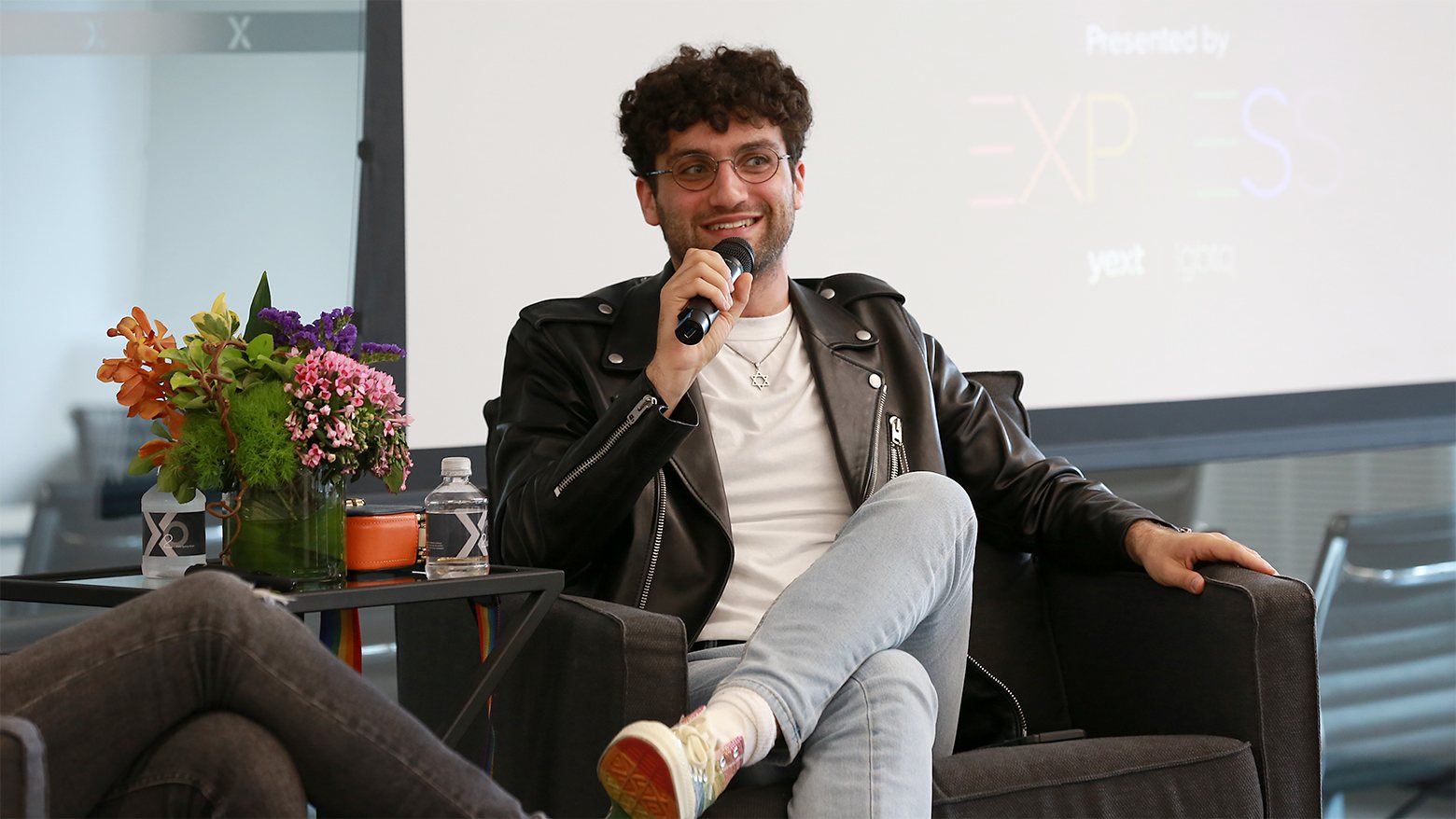 We recently had the pleasure of hosting Adam Eli, activist, writer, content creator, and co-founder of Voices4, for a Yext Talk. Organized by our LGBTQ+ Employee Resource Group EXPRESS, Eli joined us as part of our Pride month celebrations.

Eli shared his thoughts on recent violence seen across the globe, and how a lack of actionable responses helped lead him to a career in activism. In response to violence in Chechnya, Eli leveraged social media to form weekly meetings to plan a march from the Stonewall Inn to the Russian Embassy in New York City. Soon thereafter, he founded Voices4, a group of passionate New Yorkers who use their privilege as out Americans to bring about change across the world. 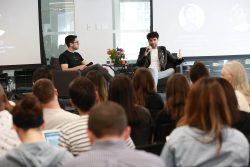 Eli in conversation with our own Chase Vicenz.

Voices4 is committed to nonviolent, direct action activism. By way of peaceful methods such as sit-ins, demonstrations, and marches, Voices4 aims to achieve one common goal: freedom and dignity for LGBTQ+ people all over the world. As the founder of Voices4, Eli uses his social media presence to promote attainable calls to action. Eli noted on Instagram that “queer people anywhere are responsible for queer people everywhere.”

Alongside his work at Voices4, Eli also acts as the digital director at Gays Against Guns, an inclusive direct action group of LGBTQ+ people and their allies committed to stricter gun laws.

As a content creator by trade, Eli’s writing has appeared in NewsWeek, Teen Vogue, them, and Garage Magazine.

Interested in joining our team? Check out our open positions.