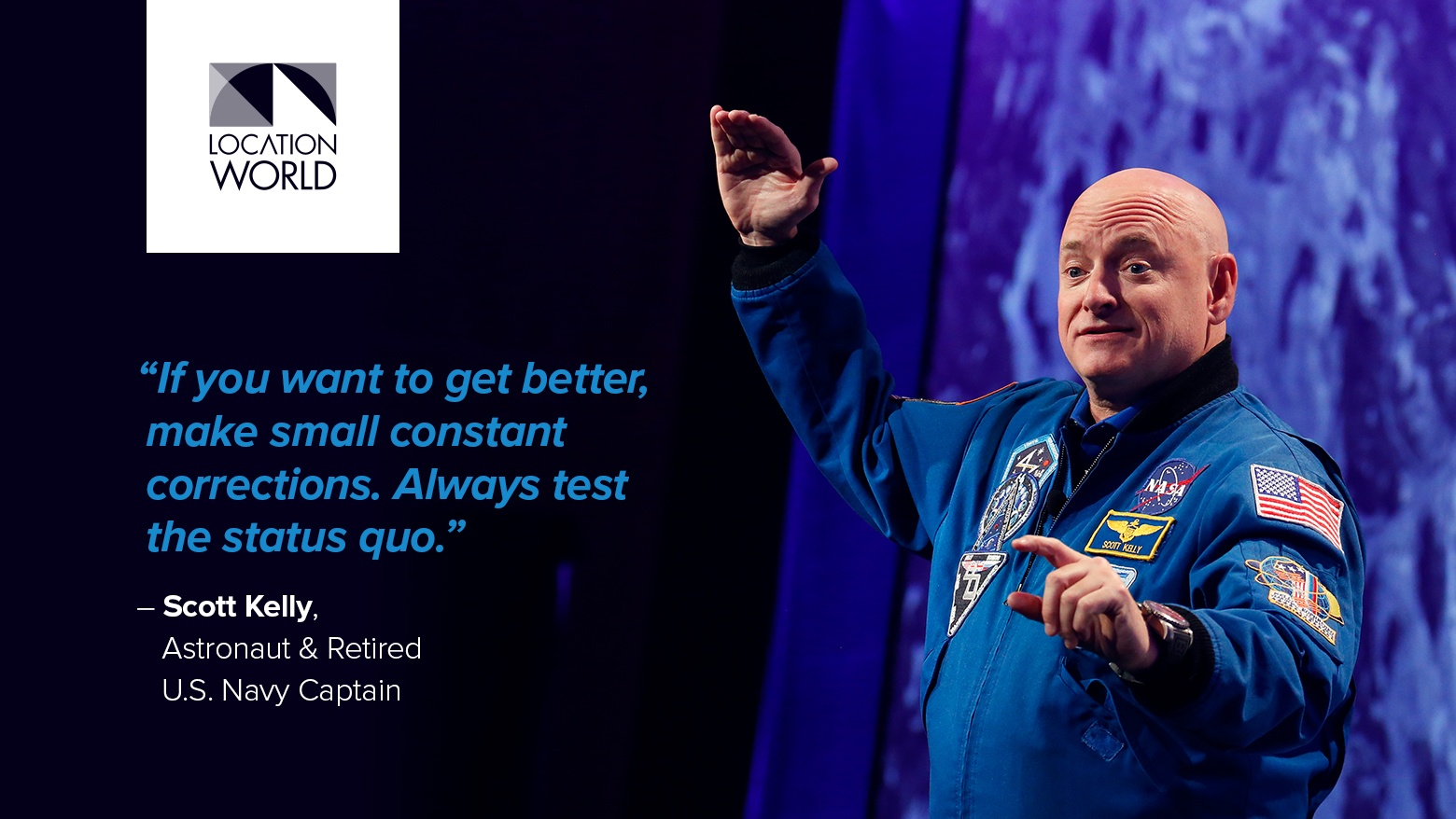 Decorated American astronauts and identical twin brothers, Captains Mark and Scott Kelly, closed out day one of LocationWorld 2016 with an inspirational keynote. The Kelly brothers, who laid the groundwork for the future of space travel and exploration, reflected on the experiences and lessons that shaped their views on teamwork, leadership, dealing with adversity, and adapting to change — lessons that everyone, including marketers, can apply.

“If you want to get better, make small constant corrections. Always test the status quo.”

Captains Mark and Scott Kelly advised that a steady course is actually a series of constant, imperceptible corrections. Don’t let your guard down when everything seems to be going smoothly. Stay alert, and make adjustments in order to keep that good thing going. By the time you’ve drifted noticeably off course, a full-blown issue will have evolved out of what was once a small blip. Stay vigilant, and probe the good things. Make them great.

The Kelly brothers served in the U.S. Navy, retiring as experienced aviators and decorated Captains, prior to becoming astronauts and starting their illustrious careers with NASA in 1996. Scott Kelly is known as America’s first year-round astronaut, having completed a record-breaking Year in Space from March 2015 – March 2016. The historic mission also included NASA’s groundbreaking Twins Study, monitoring Scott from space and Mark on the ground as a control model, in an unprecedented experiment to understand how space affects the human body.