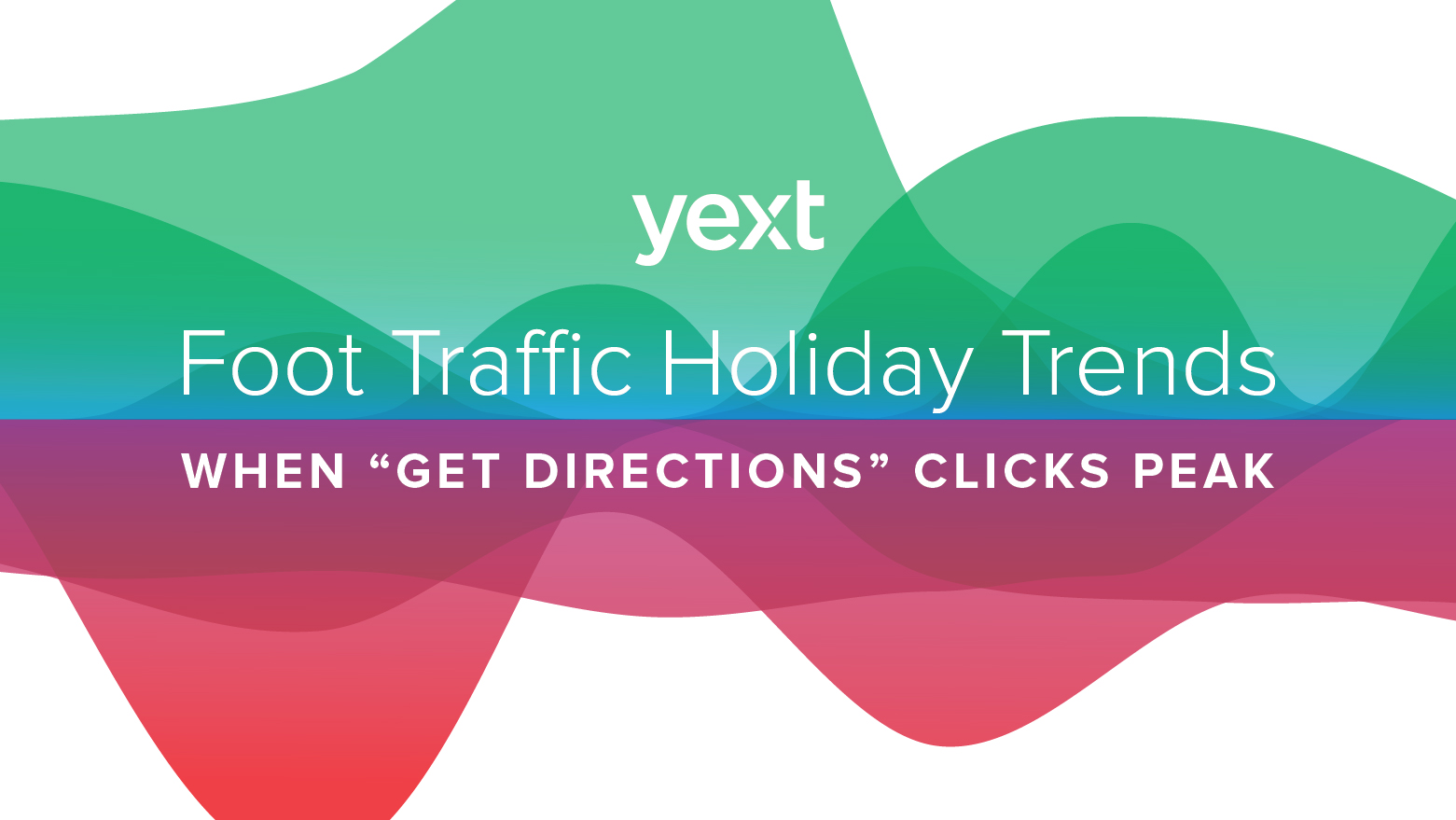 Yext, Inc. (NYSE: Yext), the leader in digital knowledge management (DKM), today revealed new data that highlights when and how consumers are searching for businesses leading up to the holidays. The research revealed new insights into consumer search behavior during the month of December, including a dramatic uptick in clicks for directions to retail stores on December 26th—70% above average—when consumers are looking to return gifts or use gift cards.

Brands invest year-round to capitalize on the holiday rush, but it can be difficult to measure what this period looks like in terms of real consumer search behavior. Yext’s research provides a window into consumer intent during one of the most commercially active times of year, reinforcing the importance of ensuring information like store hours, offerings, and locations are up-to-date across channels.

Yext examined data on clicks for driving directions to businesses in the month of December and compared them to an average from October through December,* finding:

“Everyone knows the holiday season is a peak time for commerce, but our research shows the holiday rush comes at different times for each business category,” said Marc Ferrentino, Chief Strategy Officer at Yext. “This underscores the importance of providing perfect business information everywhere to bring in consumers when they’re most interested in transacting. it’s especially critical for brands to be in control of data like special hours, locations, events, and promotions across the web during the holidays, in order to take advantage.”