Search Trends 2020: Yext Researches What Customers Are Looking for Throughout the Year | Yext
News

Search Trends 2020: Yext Researches What Customers Are Looking for Throughout the Year 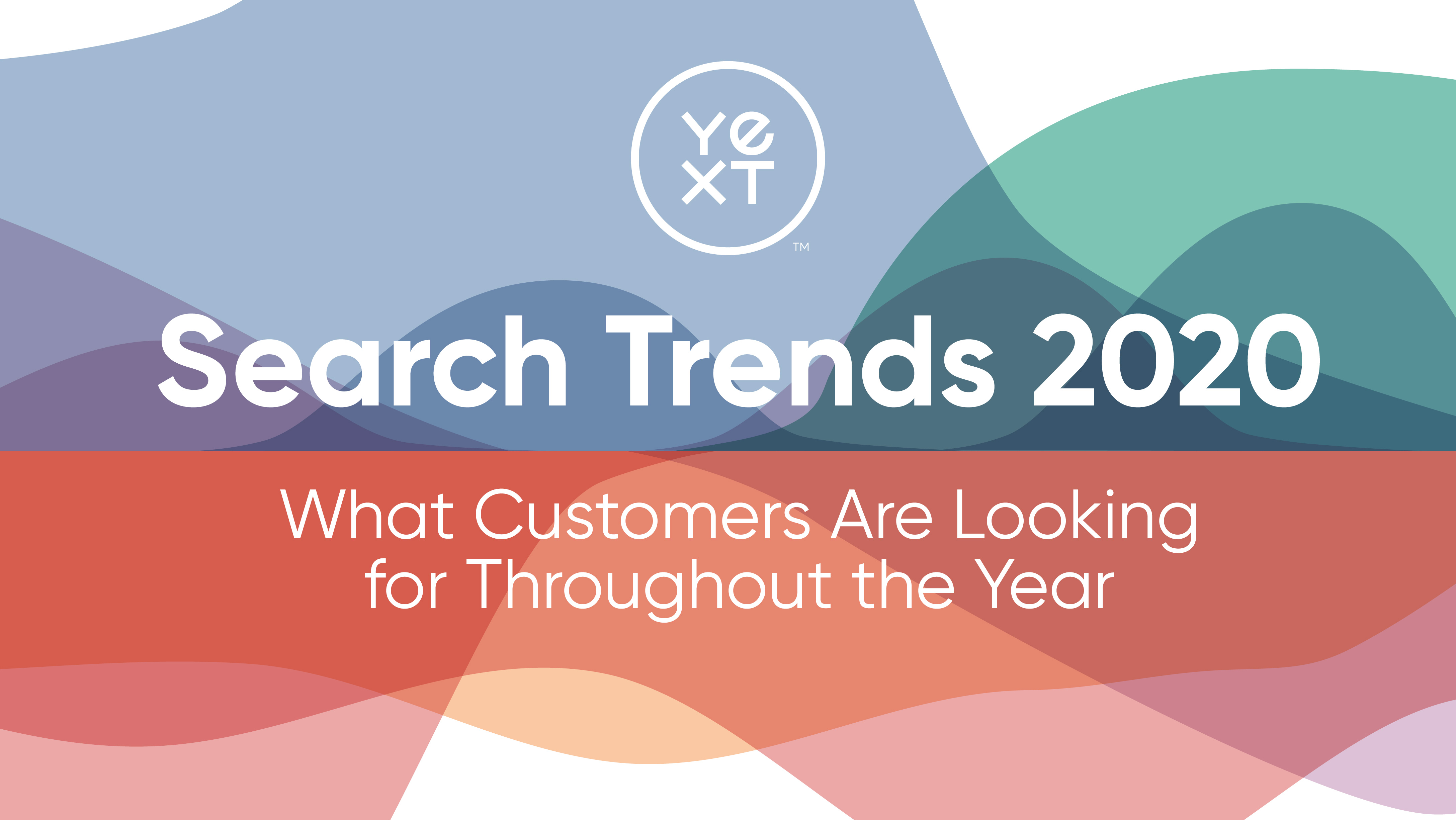 Yext, Inc. (NYSE: YEXT), the Search Experience Cloud company, today released new research about American consumer search behavior during the past year. The data, drawn from a sample of more than 400,000 business locations in the United States, revealed new insights about when consumers are searching for and clicking most on businesses across retail, healthcare, financial services, and food, throughout the year.

Among the key findings:

“Some industries are naturally more popular with consumers during certain seasons, but the need for businesses in every category to be in control of their facts online stays important year-round,” said Zahid Zakaria, Senior Director of Insights and Analytics at Yext. “By ensuring their information is accurate across channels — from the search results on their own website to their listings on third-party platforms — businesses can be prepared to capture the wave of customers who are interested in transacting with them, no matter what month it is.” 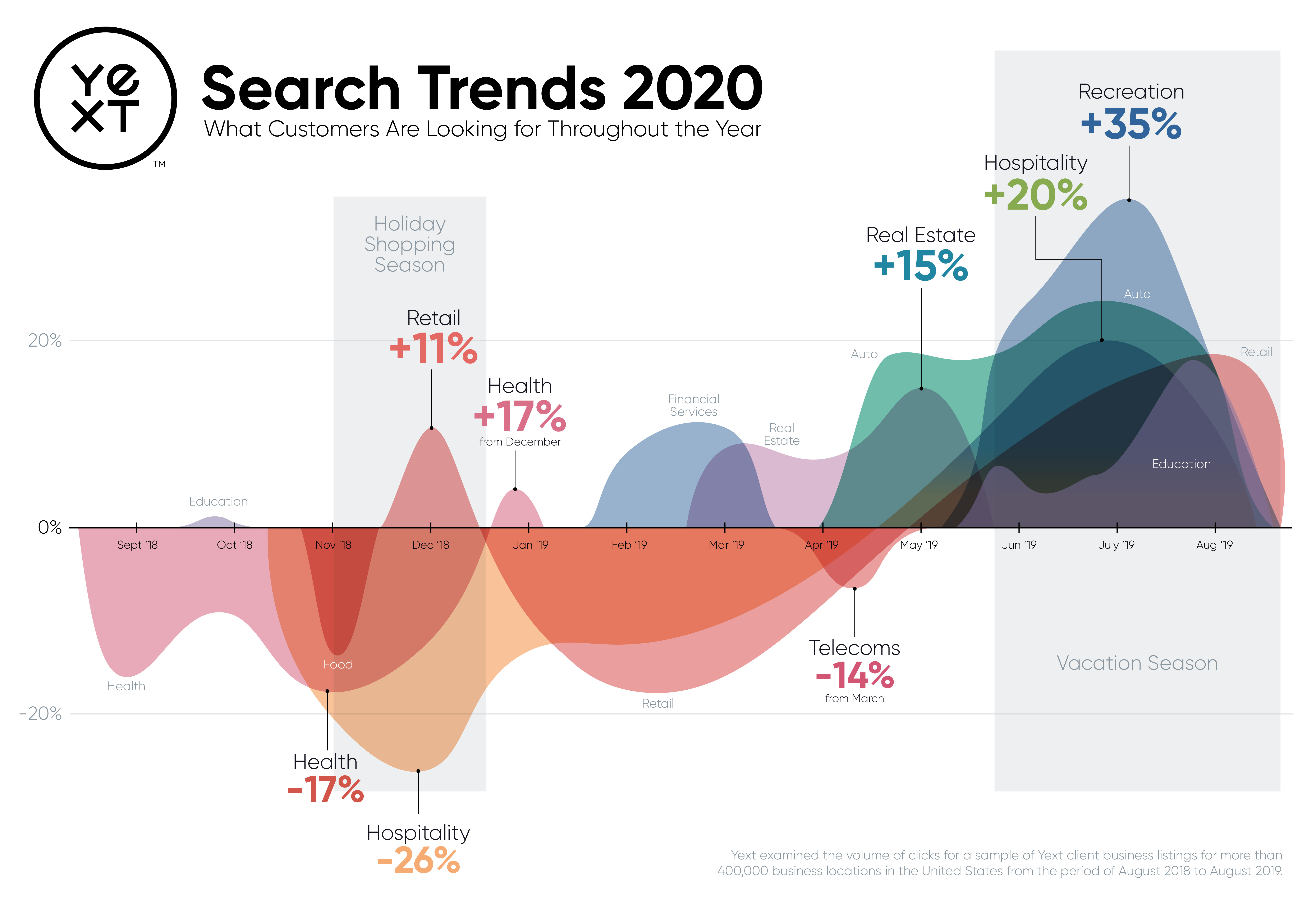 Yext analyzed when American consumers clicked online listings for various types of businesses throughout the year.* The study found:

*Yext examined the volume of clicks for a sample of Yext client business listings for more than 400,000 business locations in the United States from the period of August 2018 to August 2019.

Want more insight into what’s ahead for search in 2020? Get marketing predictions from 10 experts from companies including Microsoft, Adobe, Yum! Brands, and more in the latest ebook from Yext.