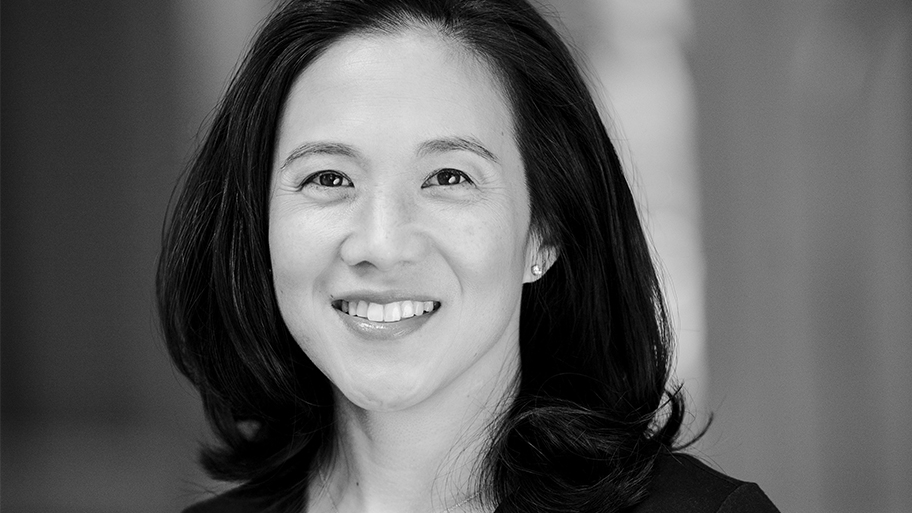 Over the past several months, our world has faced a deluge of questions about health, safety, and what the landscape of our work and personal lives will look like from this point forward. But in the middle of our changed lives, certain timeless questions remain: Many people find themselves thinking more about their future, reflecting on what they want to do differently with their lives and careers, and asking themselves what it truly means to “succeed” — and how to get there.

When it comes to addressing those questions, there are few better than Angela Duckworth, the world’s preeminent expert on “grit,” the combination of passion and perseverance that leads to long-term success.

A University of Pennsylvania professor of psychology, Duckworth has spent years studying why grit appears to be a higher predictor of success than IQ, ultimately publishing her research in the New York Times #1 bestseller Grit: The Power of Passion and Perseverance. (You may have also seen her viral TED Talk.)

Duckworth recently joined journalist Jessi Hempel, who is currently Senior Editor at Large at LinkedIn, and host of the popular podcast Hello Monday, for the latest installment of Yext’s Answer Me This… series. Answer Me This… features transformational business leaders and accomplished subject matter experts, and explores how they look at the world — and how they tackle the questions we find ourselves asking today. As Hempel and Duckworth both boast substantial experience in writing about the nature of work, success, identity, and the relationship between the three, their conversation generated fantastic food for thought.

Here are a few key takeaways from their discussion:

Years ago, when teaching math to seventh graders, Duckworth began to realize that IQ wasn’t the only — or perhaps, even the primary — factor separating successful students from those who struggled. Over time (and a great deal of research) she came to see that the blend of passion and perseverance — grit — predicted long-term success in nearly every aspect of life.

The good news about that? While IQ may not be something that each of us can easily shape, we can all get “grittier,” generating success through perseverance and the embodiment of a growth mindset.

“My point isn’t that talent doesn’t matter at all,” Duckworth explained. “My point is that across the years or decades that a person — or an organization — sets about accomplishing something great, your long-term effort and your long-term commitment are surprisingly important. And I do believe people can become grittier in that way.”

“American psychologist Carol Dweck has asked a really good question, which is why. ‘Why are some people so tenacious and resilient?’ She’s discovered that the largest reason for our reactions to setbacks is what we truly believe deep down inside about the ‘nature’ of human nature. In particular, she’s found in her lifetime of research that our beliefs about intelligence are really important. If you feel that your intellectual abilities are fixed, then when you have a real setback, you don’t really have a reason to get going again, and you also may engage in a lot of self-defensive behaviors like not taking risks, not wanting to be wrong, not putting your hand up and participating.”

“In contrast, a growth mindset is believing that your abilities are changeable, and in the face of challenges, you’re more likely to keep going. And that engenders success.”

But that doesn’t mean that grit is merely being the last one to leave work at the end of the day. That would be a misinterpretation of it, Duckworth says.

“Here’s a story that I remember from when I was researching grit: I went to go interview this multiple-time gold medal winning Olympic rower. He told me that he had gone and tried to help the Japanese rowing team get better and win some gold medals at the Olympics. Something that was very hard for him to explain, I think is elemental to the way these high performers, these experts practice. He said, ‘Look, it’s not about putting in 40, 50, 60 hours of practice. It’s not just about the quantity. In fact, when you’re already putting that much effort in, it’s actually about the quality of what you’re doing in those hours.’

Even at the peak of their careers, scientists who have studied this kind of practice have found that Olympic athletes of the kind that I just mentioned only put in three or four, maybe five hours of this kind of practice a day. It’s absolutely not about being first to arrive and last leave in the sense that a 12-hour day is necessarily better than a 10-hour day. It’s about quality. If you, of course, have quality and enough quantity, I think that is what makes you better at what you do.”

Duckworth acknowledges important critiques of the notion of success through grit: “People have pointed out to me that [this idea of grit could theoretically] be ‘weaponized.’ For example, someone could say ‘Hey, my voice isn’t heard in this company,’ and somebody would respond, ‘Oh, go away, you should just be grittier.’ That’s not at all the message.”

“I think the more important point is this: If you care about human development, if you care about having a great company, a great team and individuals, you absolutely have to care about structural equality and opportunity. Even before the [murder of George Floyd] reignited this national conversation, the pandemic itself was like a light that got shone on inequality. In terms of who suffered most economically and health wise, I would just say the achievement gap widened massively during the pandemic as kids were at home and facing a disparity in resources.”

“I believe that not only the expression of your passion and perseverance, but also the very development of it, depends on support and on opportunities. So, I hope the message of grit is that we should invest more, not less in creating those opportunities. And if you want a little science on this, when people are at their best, it is when they are heard, it is when they are seen — and not in a superficial way.”

To close out the session, Duckworth shared two of her favorite reads.

“I’m going to give you two recommendations. I really do think the best book that’s ever been written on the science of practice, and how to do it right, and how to do it in the smallest amount of time possible, is Peak by Anders Ericsson. It is really beautifully written too.

“Then, the book that is on every desk of every NFL coach and CEO of a Fortune 500 company that I’ve ever met is Mindset by Carol Dweck. Go buy their books.”

And of course, pick up your own copy of Grit: The Power of Passion and Perseverance here.

The Answer Me This… digital content series features live conversations with transformative business leaders, inspiring trailblazers, and industry influencers, and explores how they got to where they are and where they’re headed. Our next event features renowned ballerina Misty Copeland on July 22nd. Register here to join us!

Tags:
Answer Me This, Events, Research