A Look Back at Yext Talks

We’ve had the privilege of hosting a variety of thought leaders and executives — from CEOs and Sports Directors to Attorney Generals and innovative founders — as part of YextTalks, our monthly speaker series. These talks expose Yexters to new ideas, educate them about the tech industry, provide career advice and much more. Take a […] 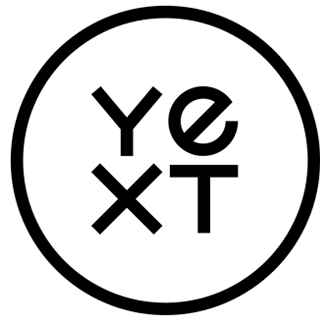 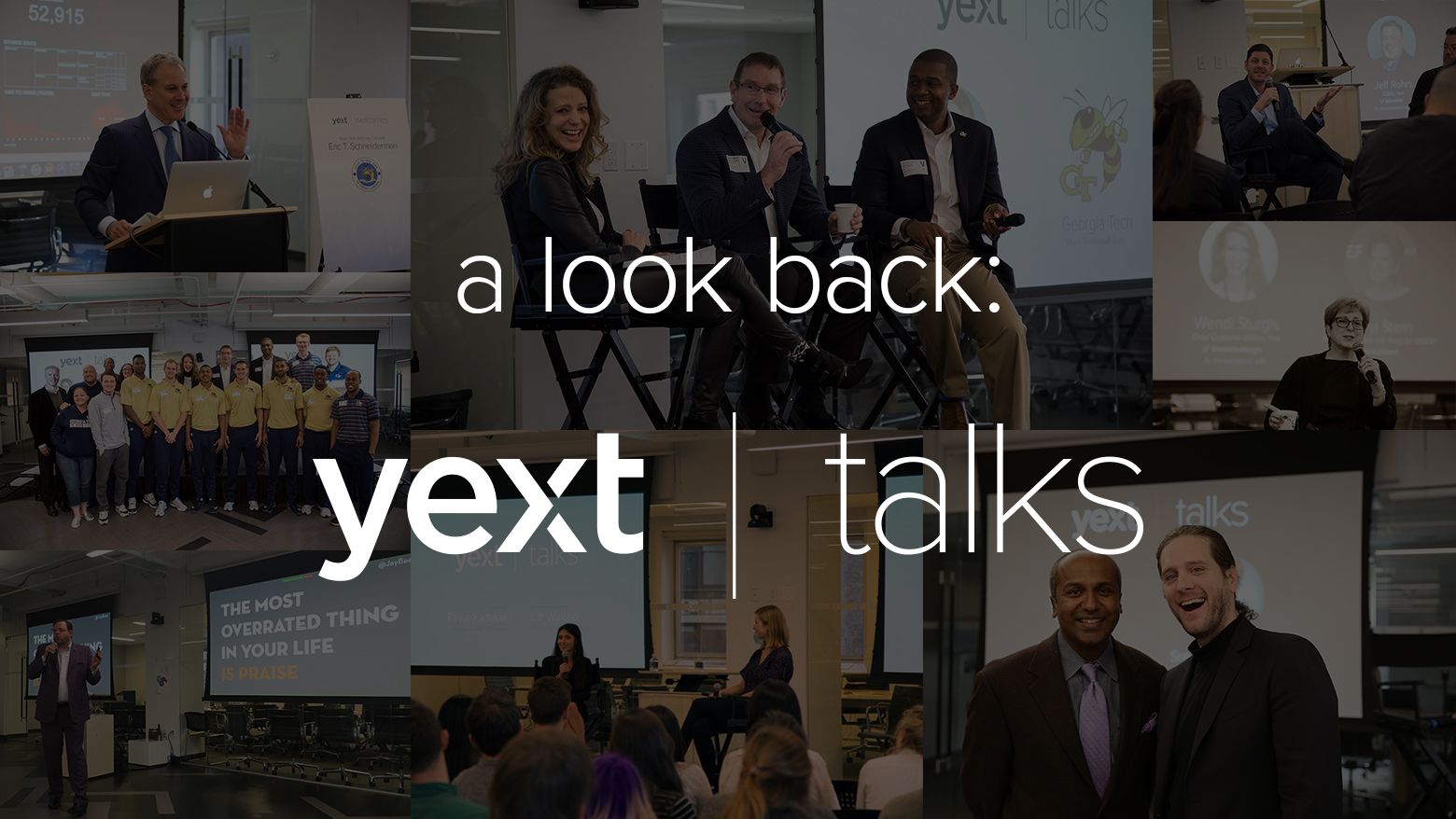 We've had the privilege of hosting a variety of thought leaders and executives — from CEOs and Sports Directors to Attorney Generals and innovative founders — as part of YextTalks, our monthly speaker series. These talks expose Yexters to new ideas, educate them about the tech industry, provide career advice and much more. Take a look back at some of the extraordinary individuals we've had stop by to speak with the team.

Innovation in Sports with The Georgia Tech Men's Basketball Team

"We want to be the center of innovation as it pertains to sports." –Todd Stansbury, Georgia Tech Athletic Director

Yext's Chief Customer Officer and Georgia Tech alum, Wendi Sturgis, interviewed her alma mater's basketball team during a YextTalk in March 2017. She spoke with Athletic Director,Todd Stansbury, and Associate Athletic Director, Marvin Lewis about the state of the ACC, the business of athletics in a collegiate environment, and the use of technology to broadcast and promote sports. The Athletic Directors emphasized how technology helps them to interact and engage with both fans and students.

Paul Roetzer, Founder and CEO of PR 20/20, a performance-driven inbound marketing agency, and creator of the Marketing Artificial Intelligence Institute presented on the arrival of AI in marketing. Roetzer explained how IBM's Watson launched interest in AI development, as well as the ability for machines to learn and teach themselves when provided with large amounts of data sets. After the presentation, our CMO Jeff Rohrs led a fireside chat with Roetzer, exploring the potential and caveats of AI and the large players in the AI space.

"I'm a big believer in geolocation as one of the things that we can look at changing the world in the next few years." – Sree Sreenivasan, Chief Digital Officer of NYC

Howard Lerman led a fireside chat with Sree Sreenivasan, Chief Digital Officer of New York City. They discussed how to make NYC more tech friendly, how to grow tech jobs, and how to improve New Yorkers' access to technology. Sreenivasan spoke about a variety of projects, including LinkNYC, a program that converts phone booths into free public Wi-Fi spots, and Tech Talent Pipeline, an initiative designed to match NYC employees with employers.

"Be willing to push the edges and try things no one else is willing to try." – Eric T. Schneiderman, Attorney General

"After ten years and 33 countries there really is nothing better. I have the best job in the world." – Caryl M. Stern, President & CEO of the U.S. Fund for UNICEF

Caryl Stern, CEO of UNICEF spoke with Wendi Sturgis, Chief Customer Officer of Yext. In the fireside chat, Caryl discussed her commitment to helping children across the world. She focused on a few specific UNICEF campaigns – Haitian relief and UNICEF Kid Power, an initiative for kids and families to help end malnutrition with the help of an app and wearable device. The UNICEF Kid Power Band one of the 'Best Inventions' of 2016.

"The last two minutes are where dreams are made and realities are broken. Because the great eaters keep pushing on." – Crazy Legs Conti, Competitive Eater

"When you resolve a customer issue, 70% of the time, you end up retaining that customer." –Jay Baer, President of Convince & Convert

"Start building. People sometimes plan so much to build. But build. Because that's essentially what you have to do as an entrepreneur."– Payal Kadakia, Founder & Former CEO of ClassPass

VP of Marketing, Liz Walton led a fireside chat with Payal Kadakia, Founder & Former CEO of ClassPass. They spoke about the evolution of the ClassPass product, the importance of onboarding and communication within a company, and becoming an entrepreneur. Payal talked through future plans for ClassPass, including ways to improve their marketing, such a adding more video and improving personalization of products and packages.