The Scoop on Scoutmob 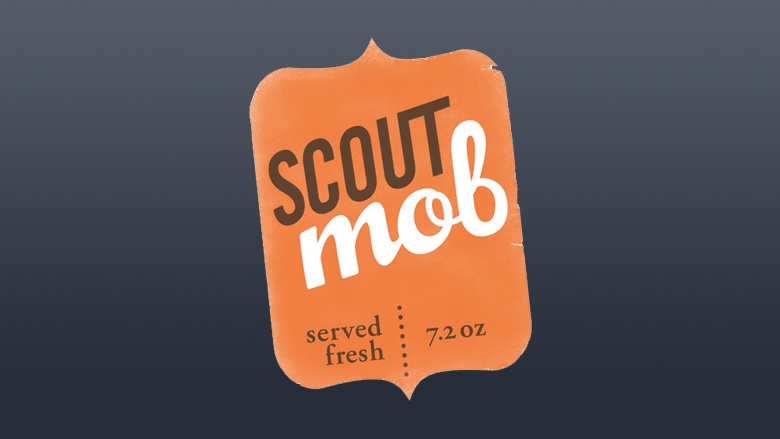 With so many small businesses feeling frustrated by Groupon in the past year, it’s no wonder that alternative daily deals sites are starting to pop up. One such up-and-coming site is Scoutmob. They just partnered with Foursquare to offer localized daily deals in thirteen U.S. cities.

Every week day, Scoutmob sends out one (yes, just one) deal for each city. The discounts are steep, usually 50%. Here’s where the key difference between Scoutmob and sites like Groupon comes in: customers don’t have to buy the discounts in advance. They just “claim” the deal on the day that it’s offered, no credit cards involved. The deal is completely non-binding.

Businesses then pay a flat rate once the deal is used, not after. This will hopefully help to alleviate the stress of your business potentially losing money on daily deals. You can also put a cap on the discount you give– say you’re offering 50% off, you can make a maximum discount of $10. This makes the entire process safer for you as a business owner.

The future of daily deals is going in a more personalized, local direction. Rather than being bombarded with random 30 deals per day from your city, sales will look more curated and special. Scoutmob makes a point of bringing out the unique aspects of your business and your city. They write more personalized, quirky descriptions of your business than Groupon does, and bring in the exploratory aspects of Foursquare, allowing customers to casually peruse their cities and come across deals. This new partnership between Scoutmob and Foursquare is sure to be an exciting new step in the world of daily deals for both customers and business owners.

With the boundaries between local search and local deals blurring, it will be interesting to see what partnerships and products 2012 will bring us.

Will you consider using Scoutmob for your business? Let us know in the comments!