2016 Predictions: No.2 – The Multichannel Shopper 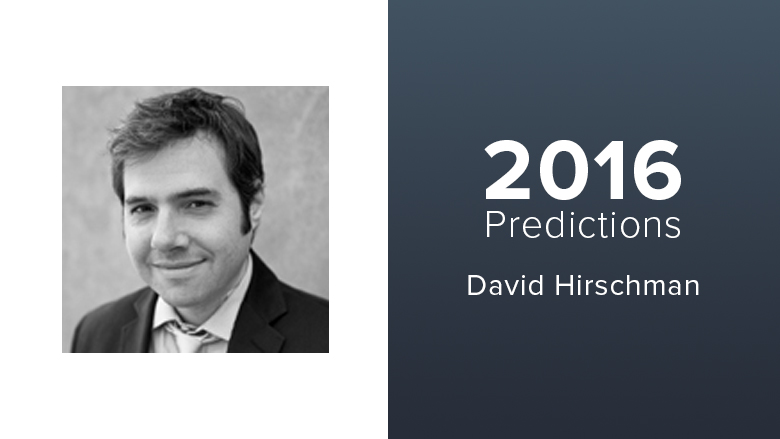 This post is part of a series of 2016 predictions from industry experts.

One major trend I think we’ll see in 2016 is the deepening encroachment of ecommerce on local businesses.  Retailers have been concerned for years about “showrooming” (the idea that people will test products in the store and then order on their phone) — but it seems like they haven’t yet adopted technologies to counter it. Meanwhile, ecommerce companies have been hard at work taking friction out of the purchase funnel, and it seems like they’re gathering some steam.

Local business advocates will continue to point to the fact that real-world purchases still make up over 90% of consumer commerce — hard proof, they say, that software is not eating this particular corner of the world. But even the recent holiday shopping weekend points to the fact that more and more purchases are shifting, one way or another, to mobile. If ecommerce companies can now offer competitive pricing, greater selection, personalized recommendations, and same-day delivery — the advantage the local businesses enjoy of simply being nearby and open starts to wane.

But there are signs of hope that will continue to pick up momentum through 2016, though not fully actualizing until 2017 or 2018. Many stores (like their media brethren before them) are coming to perceive consumers not as “store shoppers” and “online shoppers,” but merely as “shoppers” who purchase through a range of channels. In this way of thinking, the channel itself becomes less important than connecting the dots and engaging the right consumer with the right message in the right context. And the rise of beacons in the past year points to one way that retailers can tie shoppers’ virtual and in-person paths to purchase.

For companies operating in the “local” space, this presents an opportunity to guide retailers into a multichannel world, where their front- and back-office functions undergo more profound change than simply a shift to digital cash registers and mobile messaging.