Yext Talks: Arvin Ahmadi, Author, Down and Across 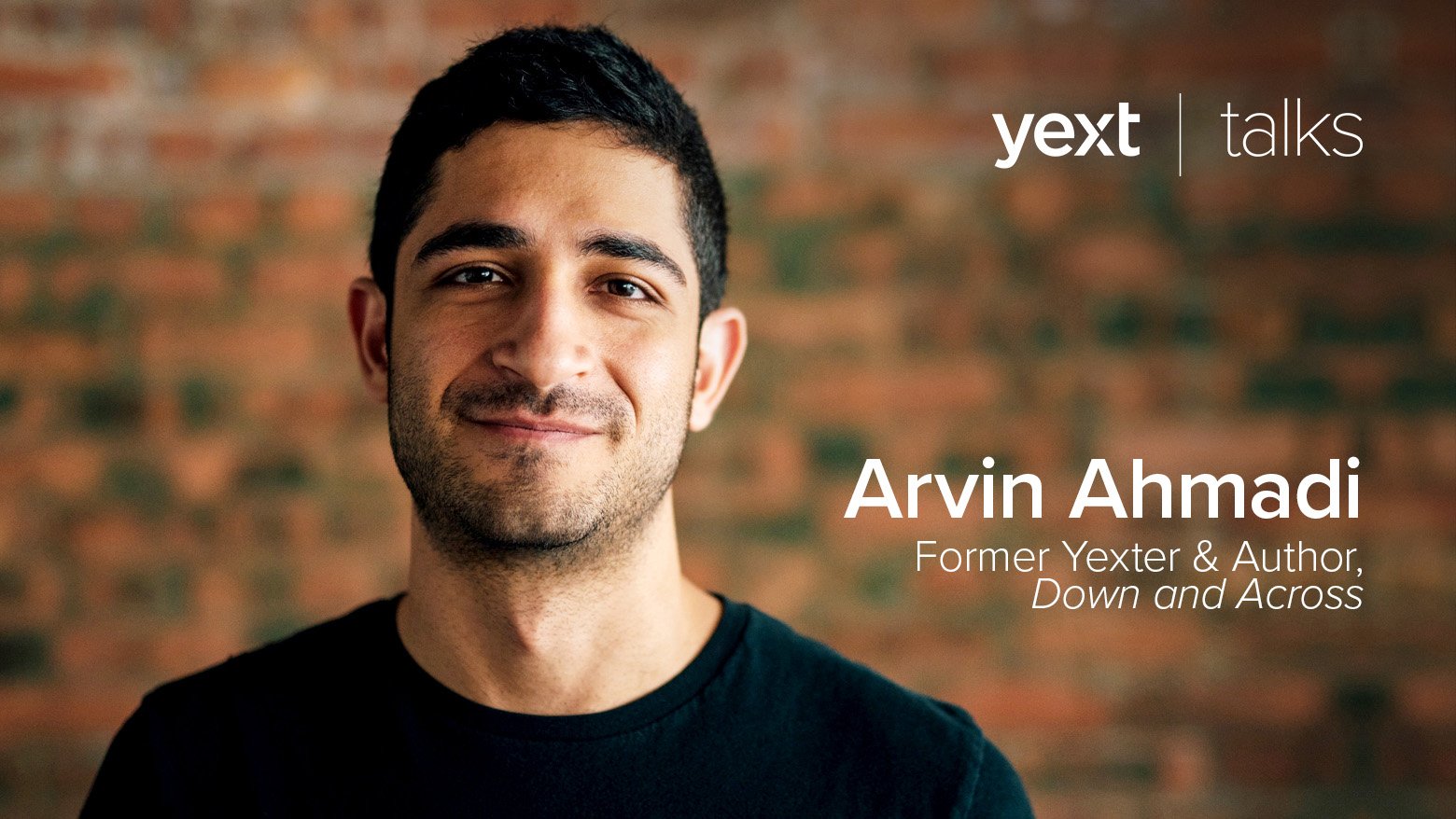 Last week, we had the pleasure of hosting Arvin Ahmadi, former Yexter and author of Down and Across for a YextTalks. Ahmadi joined us for a fireside chat with GeoMarketing’s Lauryn Chamberlain, where they discussed life after Yext, the journey from making writing a hobby to a full-time career, and Scott, the main character from Down and Across who, over time, began to reflect Ahmadi himself.

Down and Across, Ahmadi’s debut novel, tells the story of  Scott Ferdowsi, an Iranian-American teenager who wishes to fit into society while feeling the pressure to conform for his traditional family. After years of writing as a hobby, Ahmadi chose to follow his passion and pursue writing full time. Ahmadi writes the narrative of Scott as a coming-of-age story where he opens his eyes to fundamental truths about who he is and who he wants to be.

Ahmadi detailing the journey of Scott Ferdowsi, the main character in Down and Across.

After graduating with a degree in Political Science and Computer Science from Columbia University, Ahmadi worked at Yext from 2014-2016. During his tenure, Ahmadi worked in Marketing as the product manager of Geomarketing.com before moving to the Product and Strategy teams where he worked hand-in-hand with Howard Lerman, CEO & Founder, and other Yext executives on product and business development.

Read more about Down and Across and the adventures of Scott and the characters that he meets along the way.