Yext, Inc. (NYSE: YEXT), the Search Experience Cloud company, today released new research on global consumer search behavior during the holiday season. The study found that consumers ready to buy gifts click for directions to toy stores up to 231% above average the week before Christmas, while those looking to imbibe during the holidays request directions to liquor stores up to 160% above average on Christmas Eve.

“The holiday season is one of the busiest for businesses across categories, but some verticals, like toy stores, jewelry stores, arcades, and liquor stores, experience more consumer engagement depending on the day,” said Zahid Zakaria, Senior Director of Insights and Analytics at Yext. “Our research reveals when different businesses can expect a surge of customers at their doorstep so they can be prepared to take advantage of the influx — whether it comes at the beginning, middle, or end of the season — with accurate information about themselves online.” 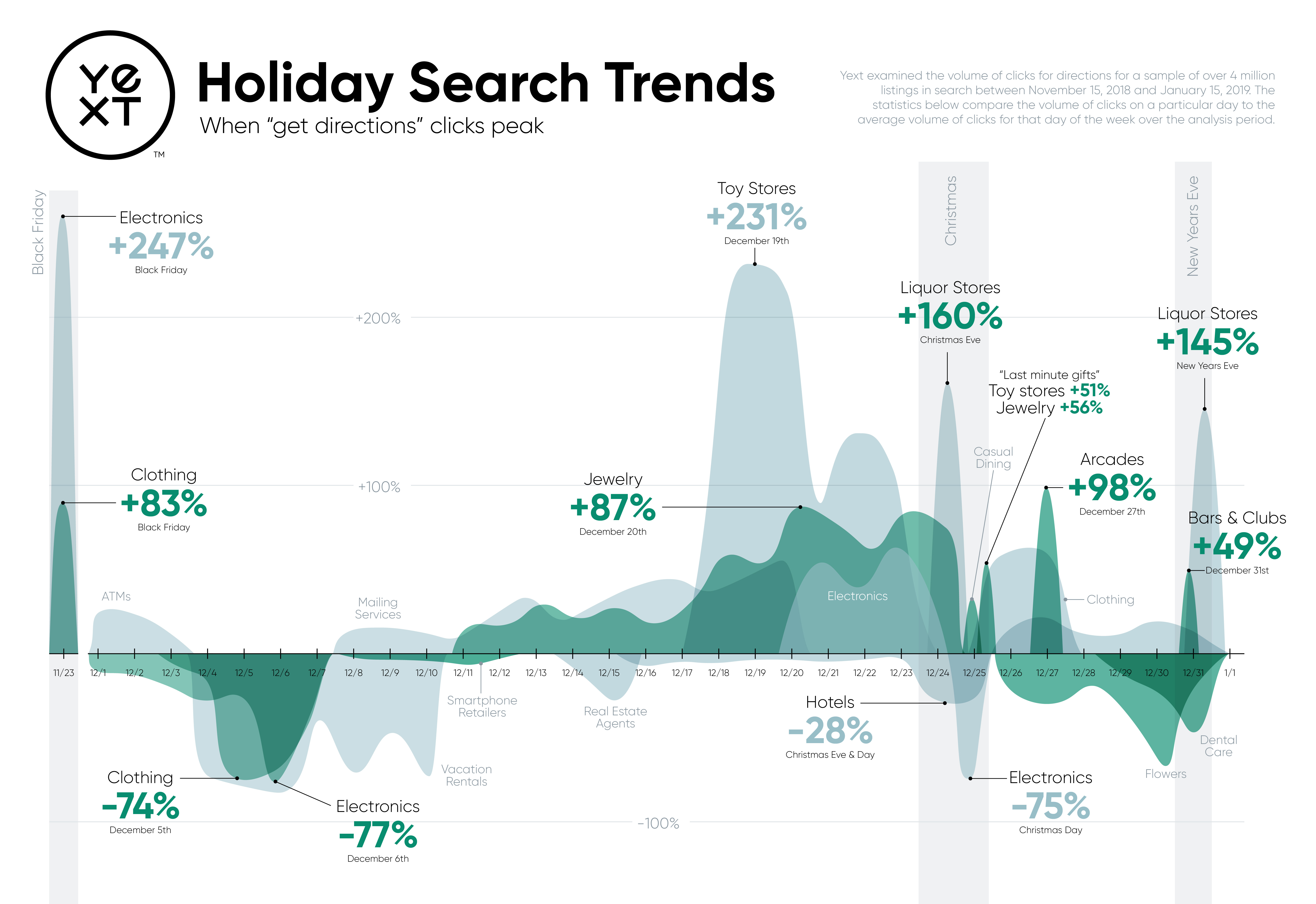 Yext examined the volume of clicks for directions and website clicks in search for businesses around the world,* and found: