What Happens When Google’s Knowledge Panel Gets It Wrong?

Google’s algorithm pulls information from personal websites, Wikipedia and many other sources in order to create the Knowledge Panel. 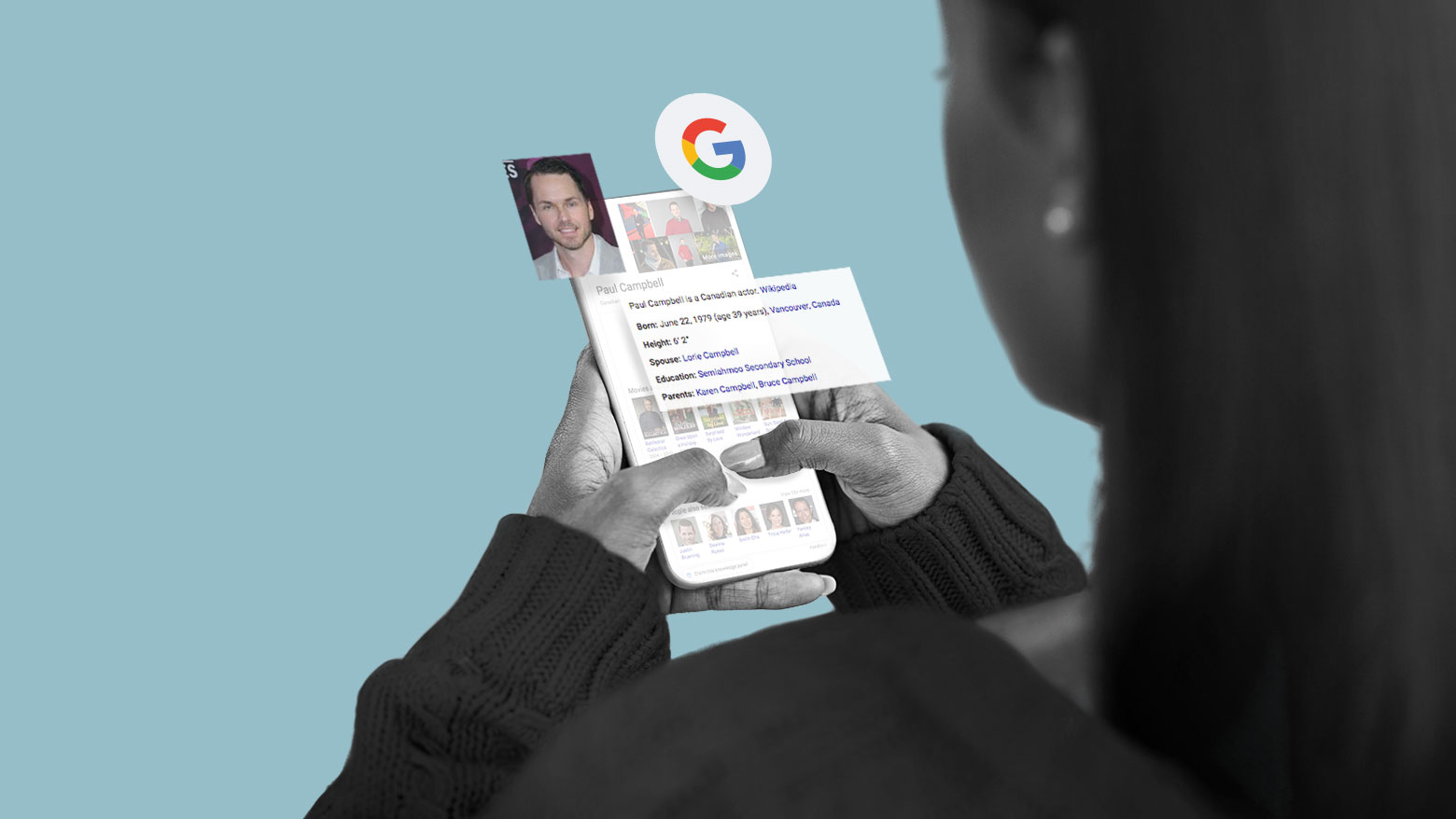 People turn to Google more than 5 billion times per day to get answers,* and they expect those answers to be correct. Google is, after all, the largest — and perhaps most authoritative — search engine. But what happens when Google gets it wrong? What about when Google says that you're divorced, or that you're from France, or that you're, well, dead?

That's exactly what happened to Paul Campbell, an actor who appeared in "Battlestar Gallactica." Earlier this year, if you Googled the (very much alive) actor's name, Google's knowledge panel stated that he had died in 2015, The Wall Street Journal reported.

How did that happen? Well, Google's algorithm pulls information from personal websites, Wikipedia, and many other sources in order to create the Knowledge Panel that appears as a sidebar at the top of search engine results pages (SERPs).

As people increasingly expect direct answers to their queries — rather than having to click through to websites — Google is delivering these answers in the Knowledge Panel and via featured snippets. But a problem arises when critical information is incorrect or inconsistent on the sites that Google pulls from to create these answers. In Paul Campbell's case, the mix up had serious career implications: even a casting director was under the impression that he had passed away.

These events underscore the importance of making sure that your information — for both individuals and brands — is listed correctly across all sites that Google's algorithm might crawl, from Wikipedia to Yelp to your own website. Managing and verifying your critical information everywhere it appears on the web is the only way to have any control over Google's knowledge panel results. It's easy to see why this should be a top priority: after all, you don't want customers mistakenly thinking you're fluent in French, right?