As co-author of the world-renowned Freakonomics series, economist Steven Levitt is no stranger to making bold statements. His books are dedicated to 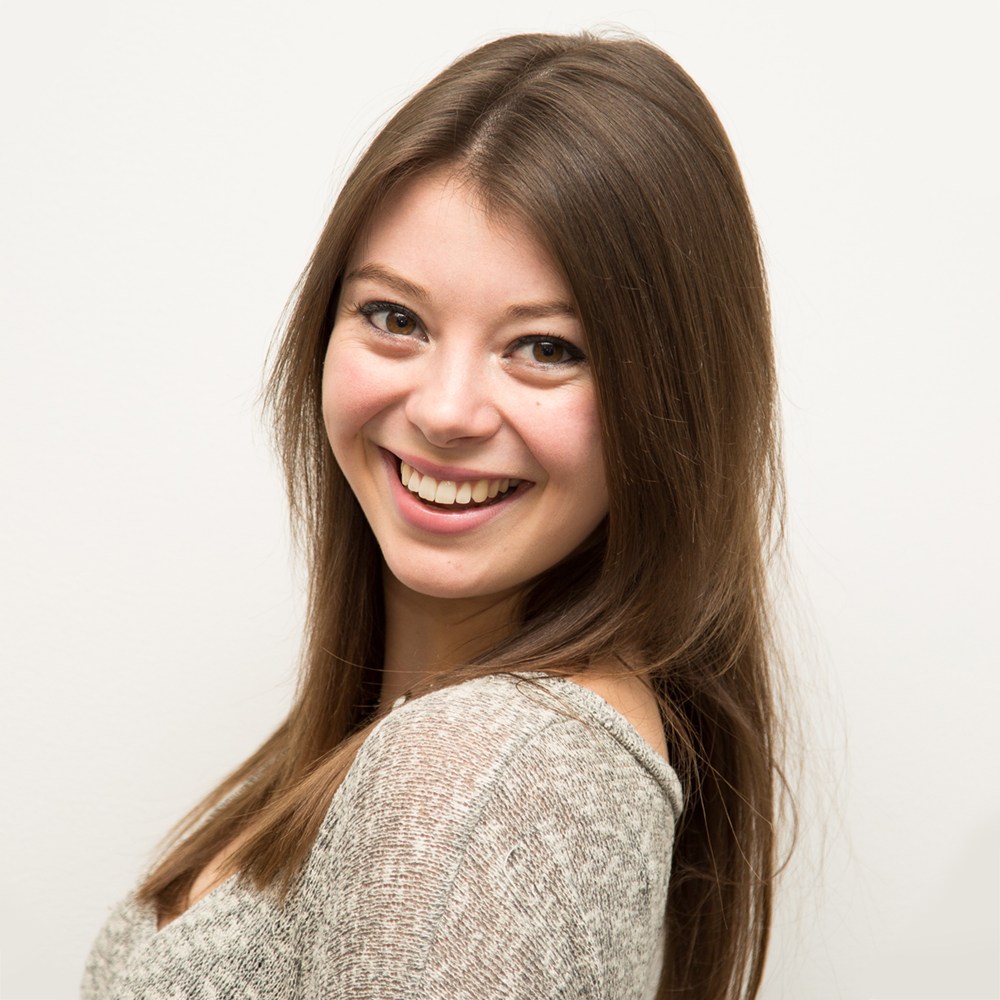 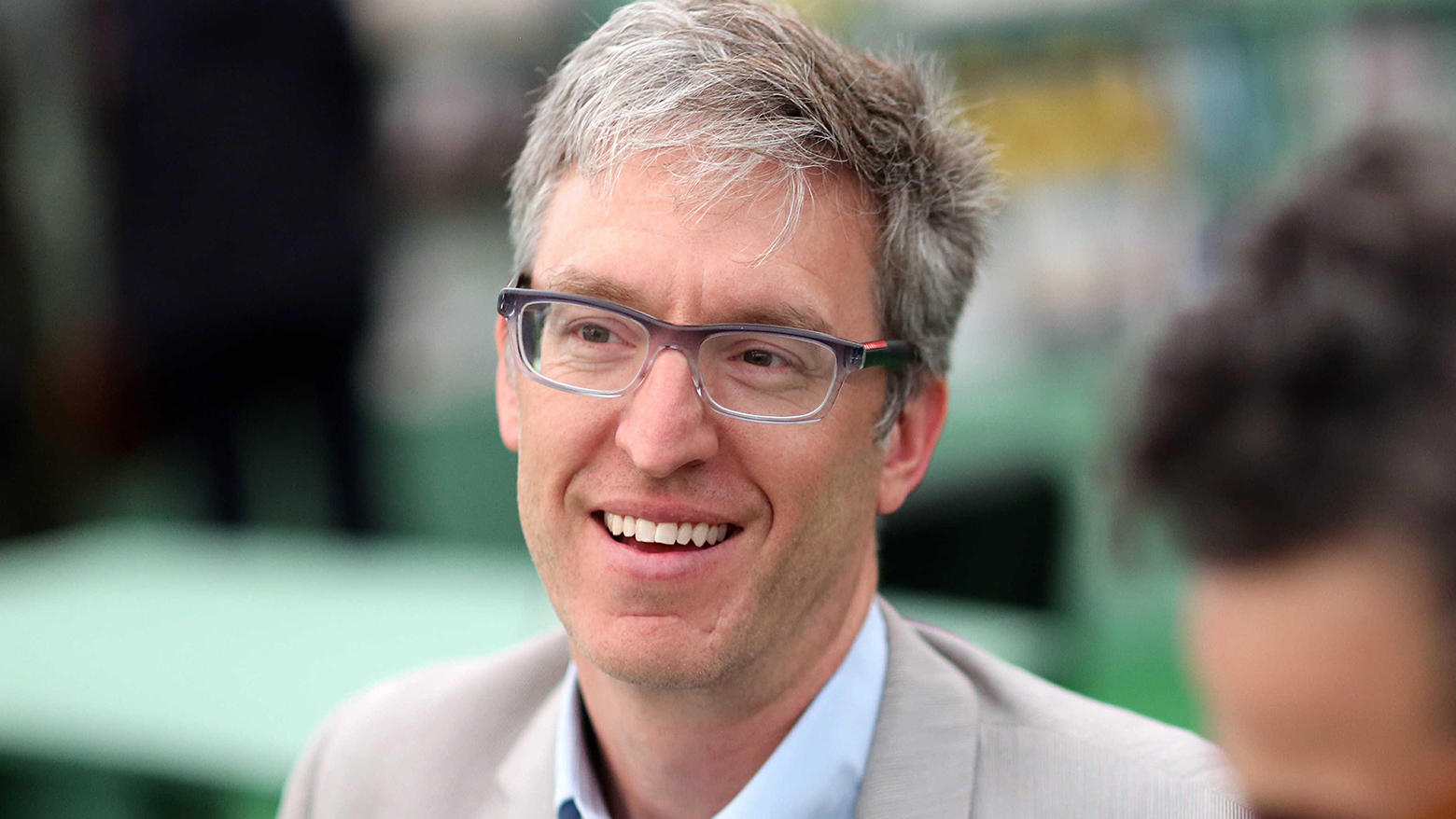 As co-author of the world-renowned Freakonomics series, economist Steven Levitt is no stranger to making bold statements. His books are dedicated to illustrating surprising (and at times, controversial) examples of economic cause and effect — making him an ideal analyst for a world rocked by a pandemic, reeling from a series of unforeseen events.

Or… maybe these events weren't so unpredictable after all.

"To think that we couldn't have predicted that an infectious disease might pose a threat to society… well, it's just absurd," Levitt says. "Not to toot my own horn, but I'm on record in an interview being asked, 'what is the thing that people should be worrying about that they're not worrying about?' I said the totally obvious thing, which is a global pandemic. There was just no reason to think that this wasn't going to happen."

Levitt recently joined journalist Michal Lev-Ram, a technology and entertainment reporter for Fortune, for the latest installment of Yext's Answer Me This… live digital content series, where transformational thought leaders provide their point of view on some of the most pressing topics of today.

Here are some of Levitt's official answers to questions asked by Lev-Ram.

You have a pretty provocative take regarding the upcoming election: You've said that who the president is doesn't really matter, at least as it pertains to the economy. Can you explain?

I think it's not that controversial when you look at the data.

There's just not very much evidence that the president has that much impact on governmental policies. Very little of the budget is new in each year; much of it gets carried over. And presidents have even less impact on the parts of the economy that are not government spending.

It's not just true of presidents. It's true of executives in general, actually. Governors get heavily rewarded or punished for the economy of their state, but the evidence is that there's zero relationship between what the government does and the short term impact on the state. It's true of CEOs as another form of executive.

It really turns out that if you are in an executive position of any kind, luck is really important. You want to be in the right place at the right time. That's often more important to success than actually being good at what you do.

Now, in terms of the biggest correlationsfor a president's approval rating, the first is indeed a good, strong economy. The impact of a strong economy is huge when it comes to reelection, even though it's got very little to do with what the president can do. The other thing, which is interesting, is that at the midterm elections, the president's party always loses. It's kind of interesting to think of what it is about human nature that makes voters want to vote against the president's party almost every time — over the last 20, 25 opportunities they've had. I'm not really sure what the answer is, but maybe it's that the person we elected never quite lives up to the hopes that we had for them before that.

Now, don't get me wrong: My own view is presidents are incredibly important. They're important for setting a tone for national dialogue. It's like during my age, you may like or not like Ronald Reagan's policies, but he had a kind of happy, "America's great" attitude that I think, for better or for worse, pervaded the 1980. And if you think about what Obama stood for in being elected as the first African-American president, I think there was, again, this enormous hope that came with that. Now, whether either Reagan or Obama managed to fully make good on some of what their supporters wanted, I think it's a different question. But that, to me, is a much more important role of the president than, "should I sign this particular bill, and will this particular bill lead to something important happening?"

The COVID-19 pandemic has absolutely transformed our world over the past year. We hear a lot about living in "unprecedented times" — but is COVID really unprecedented? Is this a Black Swan event?

It's not. I would definitely not call this a Black Swan in any way, shape or form. We have flu epidemics all the time. The 1918 flu epidemic was incredibly devastating. So, to think that we couldn't have predicted that an infectious disease, a pandemic, might pose a threat to society, it's just absurd.

Not to toot my own horn, because I get most things wrong, but I'm on record being interviewed for an addition to Freakonomics, and they said, "what is the thing that people should be worrying about that they're not worrying about?" And I said the totally obvious thing, which is a global pandemic. There was just no reason to think that it wasn't going to happen.

I think it is neither a black Swan, nor should we expect this to be the last we see of this kind of thing. Now, we're paying an enormous price — both in terms of lives lost and in terms of economic costs associated with this. But I think if you can find a silver lining, it's that if we make the right investments now, then when this happens in the future — whether it's in 10 years or 100 years — we'll be hopefully much better situated than we were this time.

In terms of my own thoughts, my take is that as soon as we understood what was happening with COVID, we should have treated it like a war with a foreign country. And in a war, you do a couple of things. Number one, you have a general — and the general is in charge. The general figures out what to do and has a strategy. That is not how we approached it in the U.S. In some sense, every governor was left to be their own little general to fight some crazy little mini war within their state.

What else do you do in a war? You sit down, and you get people who should know answers to say, "what are the 10 questions that we don't know the answer to?" Let's say we were fighting a war with the Soviet Union. We'd want to understand what weapons they had, and in what stage, and the threat level. To translate that to our present situation, it's really critical to our economy to know whether it's dangerous to ride in subways or to ride on airplanes, for example. So that would be one of the things I want to know about. How is this transmitted? Is it dangerous to be on public transportation? How dangerous?

I would say even now, months into this crisis, we have very little good information.

Economists have talked about the potential for a post-COVID economic recovery as a V-shaped curve. Given where we are today and where we seem to be going, is that scenario at all likely?

It depends so much on whether we beat the disease. If COVID disappeared tomorrow, I have no doubt the economy would go gangbusters, and it would be a good recovery. But I don't think that's what's going to happen.

Now, again, I should say I'm not really a macroeconomist — what do I know? But here's my own view: The only reason we haven't had a complete and total economic implosion is because government spending went through the roof to put money in the hands of people who were not working. It's obviously not a long term solution to an economy, right? Because no one is paid. Eventually someone's going to have to pay for the trillions of dollars of subsidies that have happened because of COVID.

Recently, economists Larry Summers and David Cutler said that the cost of COVID to the economy in the U.S. is going to be something like $16 trillion. $200,000, I think they said, per U.S. household. Look, U.S. households don't have $200,000. I mean, it's a crazy number. And it's a different kind of shock than we're used to.

I think it's bad. Most economists I talk to are surprisingly untroubled by COVID, and they think everything's going to be fine. But for me, from day one, I've thought that we're looking at a really serious reckoning. I really hope that I'm wrong. So far, I'd say that the economy has done better than I would have expected, and worse than my macro economic friends would expect. We'll see.

But I think that even without the disease we're in trouble. Look at education: We have disrupted education, and we could be in a disrupted educational situation for three, four years. If you think education matters — and there is a lotof evidence that it does, immensely — this has a huge impact. The lifelong implications for these kids could be massive.

The book Freakonomics is full of brilliant and surprising examples of cause and effect. So: What do you predict might be one of the greatest effects of COVID that no one thought about? Years from now, what are we going to be looking back on and saying, "this is a direct result of COVID, but no one saw it coming?"

It's a good question. I mean, in large part, I think that might depend about how we get out of it. But I'll tell you what I would like the answer to be: I think that our education system — especially our K-12, but higher education too — is, frankly, really bad.

I think we are locked into ideas from the 1800s. What we teach in schools, I think it doesn't always make that much sense anymore. And the way we teach: The idea that it should be 30 students and a teacher and a Blackboard. It still looks [so much] like Little House on the Prairie.

Maybe lessons and lecturing might be able to come over in the form of online materials, or maybe it'll be that we blurred the line between education and entertainment. I mean, it seems kind of obvious to me that it's kind of a dirty word to think that you would actually have fun in a classroom, but people learn better when they're having fun. And so in my own lectures, I try really hard to make them fun and entertaining.

Now, I try to make it more like Hollywood than I did with the lectures I gave when I first started. Do I think there's any realistic chance that we'll really take advantage of this opportunity? Probably not. But if we did, I think we might look back and say thank God we had COVID. I mean, it was a disaster: So many people died, and it was so disruptive, and that will always be tragic. But if we really made education five times more productive, seven times more productive for everyone? In the long run, we might actually say that it was a positive trade off.