Consumers spend 87% of their time on mobile in apps, versus just 13% in mobile browsers. In iOS 9, Apple embraces this behavior by driving users who search in Spotlight, Safari, and Siri into mobile apps instead of onto the mobile web, as in previous versions of iOS. This change represents a fundamental shift in […] 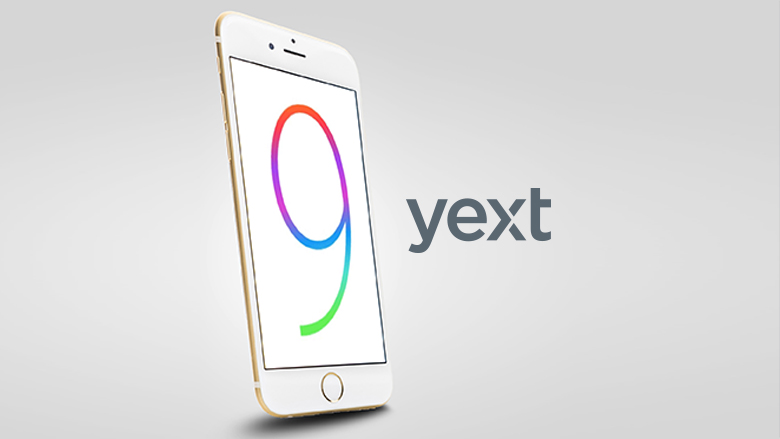 Consumers spend 87% of their timeon mobile in apps, versus just 13% in mobile browsers. In iOS 9, Apple embraces this behavior by driving users who search in Spotlight, Safari, and Siri into mobile apps instead of onto the mobile web, as in previous versions of iOS.

This change represents a fundamental shift in mobile search, and we built our mobile pages product, Screens, specifically for brands to stay ahead in the changing mobile landscape. Screens puts profiles for each of your locations into your brand's mobile app so they can appear in iOS 9 search results. This, in turn, enables brands to drive more store visits and app downloads from mobile search traffic.

To help our customers understand the significance of Apple's changes, we wrote a report, Optimizing local Search for iOS 9, and hosted a webinar with Andrew Shotland from LocalSEOGuide. Both provide a great introduction of what to expect from iOS 9 Search.

Our implementations of Screens has given us a deeper view into Apple's rollout of iOS 9 Search. This is the first of two posts that will focus on what we're seeing live with iOS 9 Search and how that compares to the functionality that Apple outlined prior to its launch in September 2015.

This post will focus specifically on the behavior of Universal Links in iOS 9. Part II will address App SEO and what we've learned about search indexing since the iOS 9 launch. Because iOS 9 Search is still new, we expect that things will continue to change.

Mobile developers exist in two parallel worlds: the web world, and the app world. Before Universal Links, these two worlds were totally separate. They each had their own distinct kind of links: web links and deep links. Web links could only open websites, and deep links could only open apps. Universal Links bring the app world and the web world together so that one link can be used to direct to places both within apps and on the web.

Though the data shows users prefer apps, web links have historically been the safest choice for brands to use across their digital properties, since they can't assume that a user has their app installed.

Now, with Universal Links, developers can use a single link that drives app users into a brand's app and safely defaults to a mobile website for users who don't have the app installed. This allows brands to leverage the power of search to drive app engagement from their existing user base while maintaining a great experience for those who don't.

Universal Links in iOS 9 allow for any link — in search, on the web, or in a text or email — to point directly to a specific screen within an app if a user already has a brand's app installed, while pointing users without the brand's app to a corresponding mobile website.

For app users, this creates a seamless transition from search or the web into an app without requiring users to perform additional search or navigation once the app is opened. This feature is core to iOS 9's user experience, which prioritizes in-app experiences over the mobile web.

Across the board, the default action for Universal Links is to open in an app if the user has it installed. However, where the link is coming from and the user's behavior in previous interactions with Universal Links from the same domain can affect this default behavior.

**Default behavior:**When an app user clicks on a Universal Link, he or she is automatically directed to a specific screen within the app. In the below example, a Yelp user has clicked a Universal Link in iMessage, which has opened a map results screen in the Yelp app for "Mexican in New York, NY." This enhances the user's experience by directing him or her straight to content of interest.

What could change this default behavior:

**•**If the user long-presses the Universal Link instead of tapping it, he or she could choose to open the link in Safari (e.g., the mobile web) instead of in the app.

**•**Once the user arrives at the screen within the app, he or she may click on a forward link in the top right-hand corner of the screen to view the screen's associated web content instead — as in the Yelp example below. Doing so will change the default behavior of Universal Links from this developer going forward, so that whenever the user clicks on a Universal Link from the yelp.com domain in the future, they will be taken to the mobile web.

Default Universal Link behavior: a Yelp user clicks a Universal Link from iMessage and is driven straight to a specific search results screen in the Yelp app.

If the user clicks the forward link at the top right corner of the app screen, he or she will view the screen's associated mobile web content. Smart Banners provide the user the option to return to the app.

1. From iMessage, a link to the Yext New York office opens a screen directly in the Yext app.

2. At the top of the app screen, the "yext.com" link allows the user to open the page in Safari. A Smart Banner appears in Safari that encourages the user to return to the corresponding Yext app screen.

3. If the user taps and holds the Universal Link in Safari, a menu will appear where the user can select to open the corresponding Yext app screen.

1. Default Universal Link behavior: a Yext app user clicks a Universal Link from iMessage and is driven straight to a specific screen in the Yext app.

2. If the user clicks the forward link at the top right corner of the app screen, he or she will view the screen's associated mobile web content. Smart Banners provide the user the option to return to the app.

3. If the user long-presses the Universal Link in Safari, he or she can choose to return to the corresponding screen within the Yext app ("Open in 'Yext'").

While the user retains the option in situations 2 and 3 to choose mobile web over app, the Universal Link's default behavior of opening a specific screen in the app reflects iOS 9's app-first design.

Why Use Universal Links?

Universal Links give brands a fast and easy way to increase their app engagement by driving users into the app every time they click a link.

Furthermore, brands and developers should make sure their apps and websites are properly annotated for inclusion in Apple's search index. Now that apps are linkable, Apple is making them searchable. Staying ahead of the curve in mobile search will give brands a powerful edge when it comes to acquiring new customers and driving app downloads. We will discuss this further in Part II of the iOS 9 Search Progress Report.