2016 Predictions: No.14 – The Rubber Meets the Road on Personalization

2016 is when the rubber is going to meet the road on personalization and targeting based on user context. With so many brands riding the big data wave, so many marketing technology companies pushing personalization as simplified products that don’t require code, and users expecting and reacting to more tailored experiences, we’re going to finally see bigger adoption. 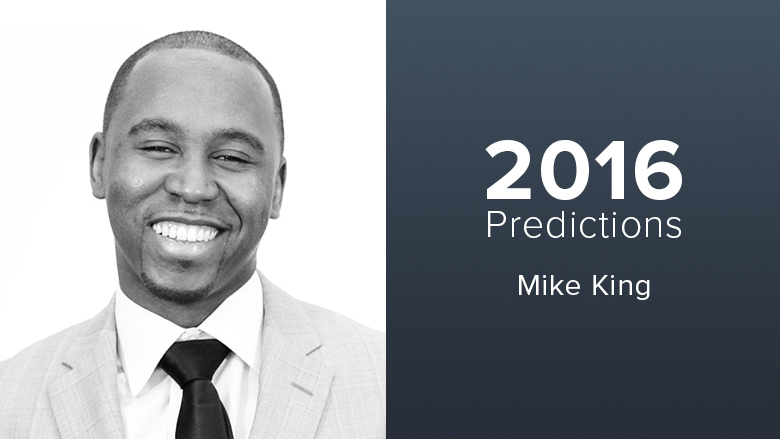 This post is part of a series of 2016 predictions from industry experts.

The Rubber Meets the Road on Personalization

Recently, I gave a pitch where, in the RFP, the prospect asked me what the future of search is.

I went into Draper Carousel mode and painted a picture of a world in the not too distant future where you are looking for a product on a search engine. You end up on an e-commerce site and you feverishly place the item in your cart. Your phone rings or you switch to one of the other 500 tabs you have open. You forget that you ever placed an item in your cart. Later on, when you're walking by a retail store, your phone tells you the item that was in your cart is in. that. store.

All of that is to say, 2016 is when the rubber is going to meet the road on personalization and targeting based on user context. With so many brands riding the big data wave, so many marketing technology companies pushing personalization as simplified products that don't require code, and users expecting and reacting to more tailored experiences, we're going to finally see bigger adoption.

For instance, I expect that Google Now is the first iteration of a personal predictive concierge that Google will eventually roll out. On the back of that I expect that there will be all new contextual ad units and a whole new world of opportunity to target very granular audiences based on a variety of vectors.

This concept of micro-moments that has been pushing is exactly what these features are meant to address and the reality is that our world will be more Her than Minority Report. Rather a world where technology is a reductive layer of nudges based on our behaviors instead of an in-your-face-scan-your-retinas-when-you-look-at-advertisements experience.

The future might sound daunting, but ultimately it comes back to the building blocks that I've been discussing for a long time, measurable personas and user journeys. Using data to understand behavior and leveraging technology to capitalized on those quantifiable behaviors.

Oh, and the pitch? We won that. After all, smart people don't want to be on the wrong side of the future.