Ever wondered why some mortgage companies have a better reputation than others? It all comes down to online reputation management. Learn more here. 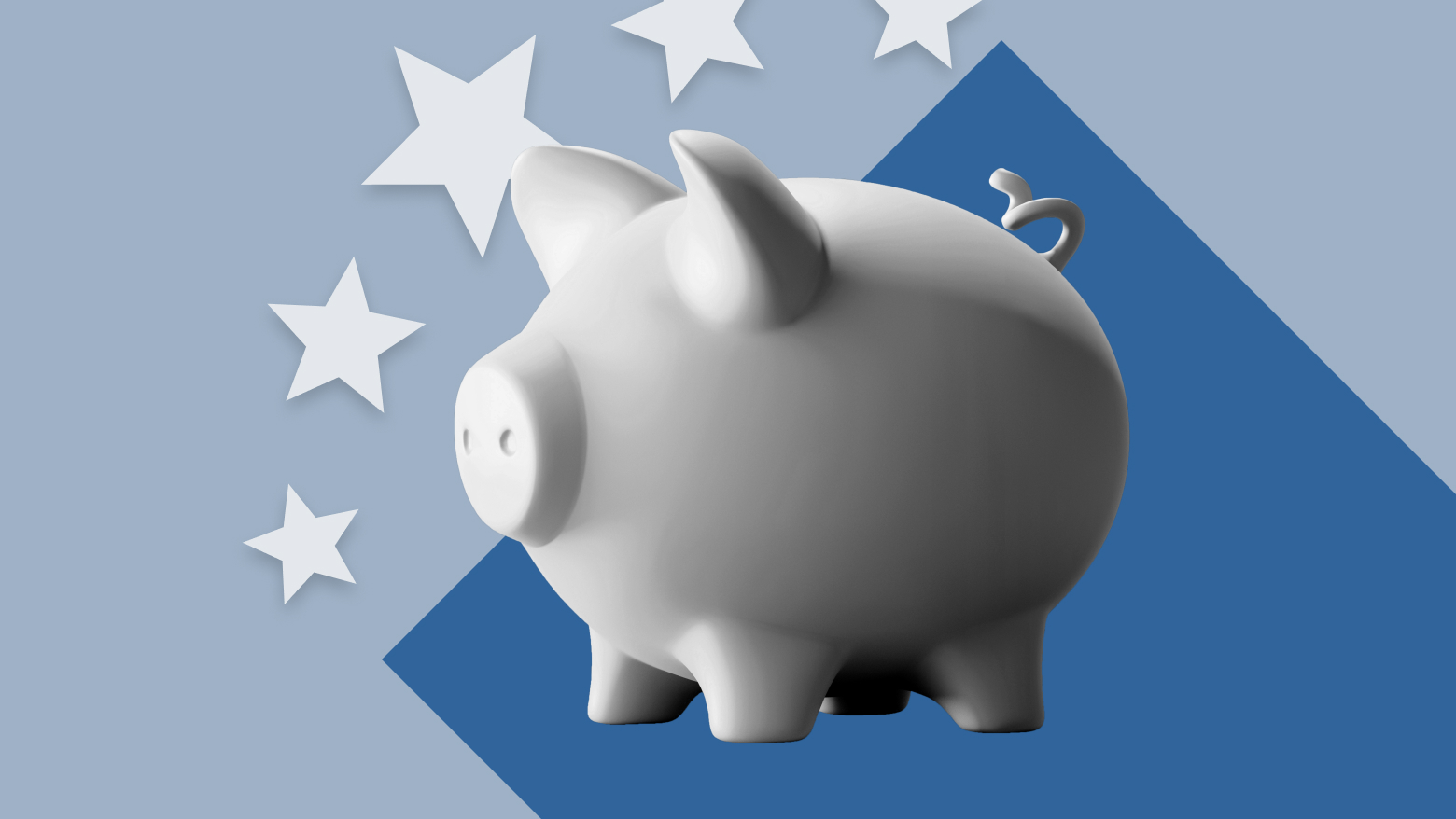 The mortgage market faces uncertainty with rising interest rates, a shortage of inventory, and a slow down in new home and refinance purchases — yet we are still on track to have the third best performing year in mortgage over the last 14 years. So, what is the recipe for success as mortgage companies prepare for a more competitive future? It will be important that companies invest in sustainable growth that can be quickly adapted to changing market conditions.

With so many mortgage lenders out there, including banks, credit unions, and private lenders, there's no wonder why online reputation management (ORM) matters. The competition is fierce, and plenty of people check online reviews before making a decision.

It doesn't just come down to who has the lowest interest rates or the best mortgage options; the test starts from home buyers' first interaction with your brand to finalizing the loan. Your online presence is just as crucial for digital marketing as having solid search engine optimization (SEO), so you need to prioritize your online reputation.

When Did Things Change for Mortgage Lenders?

In part, mortgage lenders didn't have to do much to get customers. Many of these lenders also had a standard bank attached to them, so those with a checking or savings account there would just speak to a loan officer when they needed a loan. No one shopped around, and most big companies, such as Bank of America or Wells Fargo, held quite a share of the market.

However, things have changed. People started looking online for their mortgage loans starting with Generation X and extending to Millennials. They don't have any loyalty to the old-fashioned banking system, so they don't rely on those mortgage lenders.

Instead, they want everything to be online, from the application to the payment process, and prefer the entire transaction to go as smoothly as possible.

These changes have led to an increase in non-traditional lenders and companies that do nothing but offer mortgage loans to the general public. While traditional banks and loan departments are still around, the competition has become fierce.

Not to mention, when it comes to finding a lender, the people who fall within these modern generational groups start by looking at online reviews. They want a lender with a good online reputation, making reputation management incredibly important. The digital world has opened up plenty of avenues for reviews, so mortgage lenders need to keep a close eye on everything.

What Is Online Reputation Management?

When you begin to look for a certain type of business, in this case, a mortgage lender, what's the first thing you do? If you answered, "look up online reviews," you're just like everyone else. That's the most popular option. With so many places to post an online review, ranging from Yelp to Google My Business, the odds of someone posting a negative review are pretty good.

Keeping an eye on these reviews is the most important part of an online reputation management strategy. You need to know what people are saying about your business and why they are happy or unhappy with your service. It's your brand image, and an essential part of your public relations.

Since consumers tend to believe most of these customer reviews and use them to choose which mortgage lenders to patronize, you must manage your online reputation in real-time. Ensure you take note of the negative content and positive content attached to your brand's online reputation. Review management is crucial here, making sure you sincerely respond to negative comments and try to address concerns in bad reviews.

It's far too easy to let it all go and assume that since you do a good job of keeping your customers happy (that you're aware of), you can relax and not check the reviews. However, you'd be surprised.

Not every customer is always happy, and some find things to complain about that you'd never expect. Customer feedback may not be the end all and be all of customer experience, but when it comes to your online reputation, review monitoring is key. Responding to negative feedback and doing everything that you can to make customers happy is the next part of reputation management.

How Should You Respond to Online Reviews?

Since online reviews are one of the main components of an online reputation, it makes sense to know how to respond to them, if at all. Most review sites are open to anyone, whether or not they have been proven to be a client or customer of your mortgage company.

On top of that, many allow for anonymous reviews or let users place their reviews under a pseudonym, so in most cases, you won't know for sure who left the review, making a response tricky.

With that said, responding to reviews is one of the best ways to control them, in a sense. You can explain facts or leave a standard customer service-based response. Monitoring your online reviews should be a daily task, as it won't take up much time but will greatly impact how people view your company. Here are a few other tips.

While you can't delete negative reviews on every site, you do have the power to do so on some of them. Although it might be tempting just to delete those reviews as they pop up, you shouldn't. Why? Not only will a screen full of nothing but positive reviews look suspect since no company is completely perfect, but doing so is now illegal.

People generally tend not to like companies that delete negative reviews. They view it as if the company has something to hide. Plus, without any room for criticism, it presents a view of the business as if the owner doesn't want to improve or change. Both of these are viewed negatively.

Instead of deleting those negative reviews, simply leave them up. Removing them will cause more damage than the reviews themselves, making it clear that the company is problematic in one way, shape, or form.

Reading those reviews may hurt, but they do have a purpose, and your business will seem more honest if they're left intact.

Another thing that many companies do is pay for positive reviews. They'll go onto a short-term gig platform and offer writers a certain amount of money if they write and publish a positive review of the business. Not only is this unethical, but in most cases, potential customers can see right through these reviews.

Why are they so obvious? For one, the reviews don't contain any pertinent information about the company's mortgage lending process. They are generic. Secondly, the reviews tend to be absolutely glowing, with no negative or realistic descriptions whatsoever. This makes it clear that they aren't real.

The damage of fake reviews can be myriad. It makes it seem as though the mortgage lender doesn't trust its customers enough to create real reviews or that the company is adding these fake reviews to push some negative ones down the list to the point where people won't scroll down and see them.

Plus, the company as a whole will seem untrustworthy, which is not something you want to see when looking for a mortgage. People prefer a reputable business that's also honest. So, in the end, don't pay for fake reviews.

Watch How You Respond to Reviews

You've undoubtedly seen companies go viral for leaving rude responses to customers' negative reviews. Although those businesses get a lot of attention for the act, they aren't something you want to emulate.

If you want to apply to reviews, ensure your response is honest. You don't want to post something like "please contact us to see how we can fix this situation" if you don't intend to do so. The reviewer might go through and leave a response to your response, stating that you didn't follow through!

Instead, use professional language, address the complaint, and do everything you can to find a solution, even if you have to reach out to the customer outside of the review box.

The more professional and approaching you are, the better your company will look in the eyes of your potential customers. Everyone likes to see a business that's willing to improve.

Be Ready for Improvement

Use your reviews as a method of positive criticism. Your customers are literally telling you how you can improve. If they waited on hold for too long, you could take steps to fix that. If one of your customer service reps was rude, you could do something about that.

Sure, customers often complain about things you can't fix, such as high-interest rates or limited mortgage amounts and products, but if they mention something that can be addressed, do something about it. Rather than seeing these negative reviews as a personal attack, you should see them as creative criticism.

What Else Should You Look for When Trying to Maintain Your Online Reputation?

On top of reviews, there are other places to look when checking on your online reputation. People might write a blog post about their experience with your company or post an article on a popular website like Medium. There might be a Reddit forum dedicated to your business, or if you're a small mortgage company in a large town, they might create a thread on the city's forum.

Staying aware of the many places where a review might be is the best way to monitor your online reputation. You'll know what people are saying, where they're saying it, and how many people are viewing that review. This gives you a bit of control over the situation.

Your social media accounts might require the use of a professional social media expert. You want your branding to be on point on all social media platforms, from your overall posts to your responses to people asking questions or leaving reviews as comments on your Facebook, Twitter, or Instagram pages.

An expert will help with social media monitoring, adhering to your content marketing strategy and ensuring any issues get addressed quickly by routing them to the right people. This is yet another method of maintaining your online reputation.

If you need to keep a watchful eye on your mortgage company's online reputation, use Yext Reviews. Yext Reviews assists you in monitoring your reviews, creating intelligent responses, and checking out analytics reports.

Yext can even send you notifications when a new review pops up. With so many tools at your fingertips, you'll be able to know and understand what your reputation is in a snap.